He gave a new identity to the Department of Sociology by introducing Science to common man for the past 25 years. He has introduced Medical Sociology, Environmental Sociology, Globalization and Society, Social Psychology and Personality development papers at P.G level and also updated syllabus of 11 papers. He has also completed UGC Major research project entitled “ Disabled women- Disadvantaged among the disadvantaged” in which he has covered Blind, Deaf and Mute, Physically and Mentally challenged, Aged and Infirm, Leprosy and Cancer patients.

He has Guided PhDs-8,M.Phils-6, P.G Diplomas-10, He has published 50 articles in journals of National and International repute. Presented papers in more than 40 Seminars and Conferences. He has Organized National Seminars-8, International Conferences-2, Co-Director for 14 International Webinars.

He works with NGOs like Tirupati City Chamber, Abhaya Kshetram, Akshaya Kshetram, RISE and PASS. He has contested as an Executive member S.V.U Teachers Association and Won with bumper majority. He has also served as Joint Secretary and General Secretary. During his tenure he has arranged plots for Staff members.

In collaboration with Tirupati City Chamber he has organized more than 50 cultural and social service programs with MLAs, MPs, TUDA Chairmen, Director of SVIMS, Vice-Chancellors and Cine Stars and Directors.

He has bagged Best Teacher (State Level Award) from then Chief Minister of Andhra Pradesh, SVUCA, Best Teacher, Best Researcher, 1st prize for Open House Exhibition, Life Time Achievement award by SCAN Foundation, Chennai, Venus Foundation and TV 9 Indus Foundation. He is a Singer and also an Actor who has acted in 2 Episodes of Neralu Goralu as Police Officer.

Above all he is Humanist with whom anybody can feel free.

Discussant for a paper presented by Dr. Beena Narayana, Mumbai.

Session Chair
Chaired a session on Women Welfare and Development in Two day National Seminar entitled Empowerment of the Excluded.

Chairman, Board of studies

Member, Board of studies

SINGAPORE April 26th to May 17th, 1996, Successfully completed a Three-week Christian Advanced Leadership Seminar  and presented a paper entitled ‘How to Present Christ relevantly to my People’.

PROFESSIONAL AND OTHER BODIES

ROLE OF INDIAN ARMY IN EMERGENCIES – MY EXPERIENCES

IMPORTANCE OF ENGLISH AND COMMUNICATION

I75 YEARS OF UNO IN THE FRAGILE WORLD ORDER 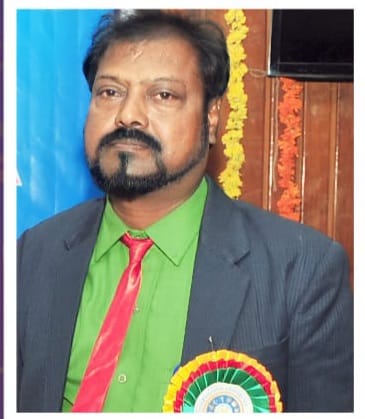