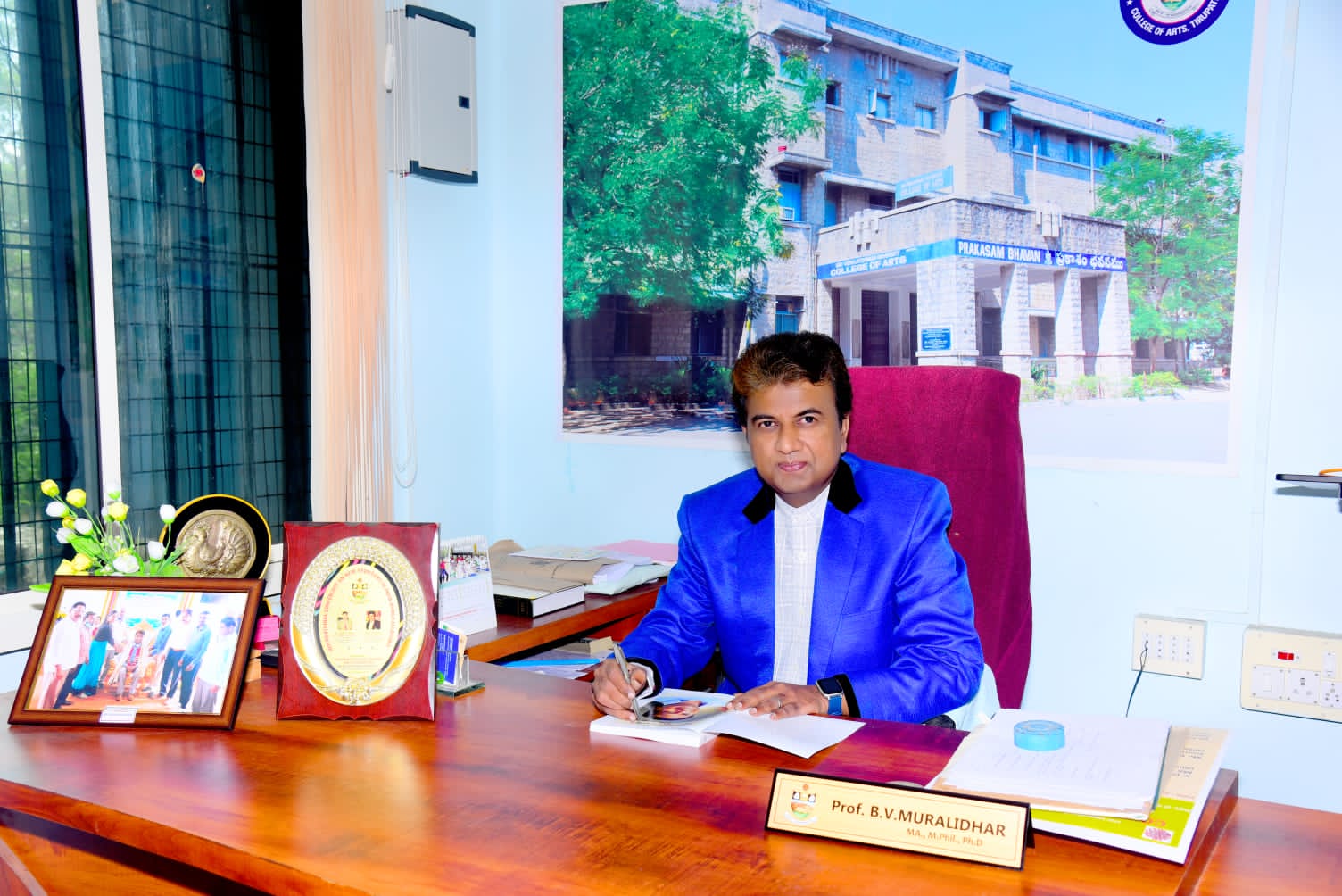 Dr. B.V. Muralidhar, b(1964) is presently the Professor and Chairman, BOS in the Department of Political Science and Public Administration, S.V University, Tirupati and also for the Dept. of Political Science (former – off campus), Dravidian university, Kuppam. He did his Masters in 1985, M.Phil in 1987 and Doctoral degree in 1995 from the same university. His area of specialization and interests are International Relations/Foreign Policy. He joined the department as Assistant Professor in 1989. Dr. Muralidhar is a member of various associations and academic bodies in India and abroad and contributed research articles in national and international journals/books. He is a member, BOS since 2005, Governing Board Member of Nagarjuna Women’s Degree College, Kadapa, Govt. Arts College, Kadapa and Kurnool, member BOS, Pondicherry University, Pondicherry, Colleges Inspection Committees. He has organized two national seminars – 1995 and 2006. He is the author of eight books (edited) and Editor/Article Reviewer for journals. He presented research articles both at national and international seminars/ conferences and visited South Korea, Malaysia, Netherlands, Belgium, Germany, Sweden, Norway, Denmark, UK, Hongkong, Thailand, Nepal, USA, Vietnam, Czech Republic on academic assignments. He was co-convener for Panel-32 in the 18th EASAS conference at Lund, Sweden in July 2004. He was selected by the Department of State, USA to do a course on ‘American Politics and Thought’ at UMass, Amherst, USA in 2007 (American Fulbright Programme). He chaired 12 Technical Sessions at National and 05 International Levels. He has successfully guided 14 PhD’s, 09 M.Phil and 04 PDF’s scholars so far. He gave Extension Lectures, UGC special lectures and 107 Academic Staff college talks so far. He teaches Modern Political Analysis, Research Methodology, International Relations and India’s Foreign Policy at Masters’ level. At present he is the Principal, S.V.U. College of Arts, DEAN Faculty of Arts, HOD, Chairman, BOS in Department and Director, Directorate of Student Welfare and Cultural Affairs of the University. He is the Dy. Coordinator of UGC-SAP-DRS-I-2011-16. Worked as HoD from 2014-16. Apart from the academic profile, he is also a good tennis player who has represented our university 3 times and played more than 124 tourneys at national, state and local levels.