Prof. K. Chandraiah is working for the last 31 years & 6 months of teaching experience. He worked as Assistant Research Officer (psychologist) at All India Institute of Hygiene and Public Health, Kolkata since 1st June, 1989. Further, he worked as Sub-Regional Employment Officer in Chennai, under the ministry of Employment and training. Further, he was selected as fellow of  WHO  in the year 2000 and placed Under Prof.Cary. L. Cooper at the University of Manchester Institute of Science and Technology, Manchester Institute of Management, Manchester, UK. He further, joined as Associate Professor, Department of Psychology, Central University of Allahabad, and Allahabad in the year 2004. Dr.Chandraiah joined in this University in the year 2007 in the same category and promoted as Professor in the year 2011. Dr.Chandraiah has visited Greece, Germany, UK and France. He was appointed as Registrar, YVU, Kadapa, AP in the year 2017. He as was the head of the department for two years from 2019-21. Presently he is holding the position of Chairman, Board of Studies, Department of Psychology, SVU,Tiruapti. he has awarded 18 Ph.D and 7 M.Phil degrees and published more than 65 articles in both national and international journals. Dr. Chandraiah participated in national and international conferences.

No. of Research Papers \ articles Published: 62

Membership in Professional and Academic Bodies 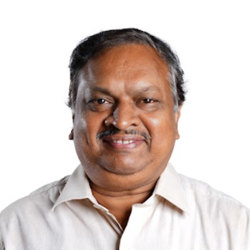