Hindi is National Language as well as Official Language of Government of India. In view of this Importance the UGC liberally planned to establish the Hindi Department in South. Tirupati is an important place to propagate Hindi. Because Tirupati is a Bridge to reach entire south.
In this back ground the department of Hindi in Sri Venkateswara Univeristy,Tirupati was established in the year 1959 itself. The Hindi department of S.V.University is one of the oldest in the south and a pioneering one in many ways. It became a fullfledged one within a short span of three years with ten faculty members. The department can proudly say that the faculty of the yester yrears included eminent scholars like Prof. Vijayapal Singh, Prof. Y. VenkatramRao, Prof. Janardhan Rao Cheller, Prof. Rajmal Bora, Prof. Dhanrj Mandhane, Prof. D. Dastagiri, Prof. Y. Sivarami Reddy etc.
Further the department can also boast of the fact that many of the yester year’s faculty had the distinction of securing honourable position in the academic world and thus did proud to the department and many of them became the founder Professor of the Hindi departments in National Level and Prof. S.T.Narasimhachari, Prof. I.N.Chandrashekhar Reddy and Prof. G.Padmaja Devi won the prestigious Best Teacher Award of the Govt. of Andhra Pradesh in the year 1983,2010 and 2014 respectively. Department has proud to receive Emeritus fellow for Retd. Prof. I.N.Chandrashekhar Reddy.at Present working 2 Regular faculties-1.Prof.Ram Prakash ( Professor), 2. Dr. Narayana (Associate Professor).
VISION
Today language departments are facing the challenges of Globalization and Technology. With these new challenges and in view of the job opportunities in the field of Information Technology through Hindi. The Dept. of Hindi planned to start a new programme like Information Technology and Computer Oriented Programmes Namely Hindi Language Management and Technology. The purpose of the programme is to prepare students to develop language skills through Computer with the help of Hind Softwares. 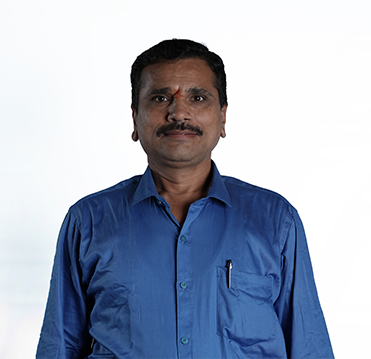 Dr.Narayana took B.A. Degree in 2001 and M.A. Hindi, Degree in 2003.  He was award M.Phil-2004 with Ph.D in Hindi, in 2011 by University of Hyderabad , the has started his career as Assistant Professor in the Department of Hindi 2007 and presently working as Associate Professor in the same department, He has published 38 Articles in various reputed  and UGC care listed journals.  He has published 2 Books, He has participated and Presented 78 papers in larious National, International Seminar and workshops connected to Hindi literature   He has guided Two M. Phil  Two Ph.DS were awarded under his supervison, 8 Ph.Ds on going, he has organized 2 National Seminars, as director, he served as I/c HOD of the Department since 2018, and Dy. Warden form 2015 to till date HOD Dept of Hindi in recognition of her new contributions to teaching, received 10 Awards form defrent Academic intuitions, in India. 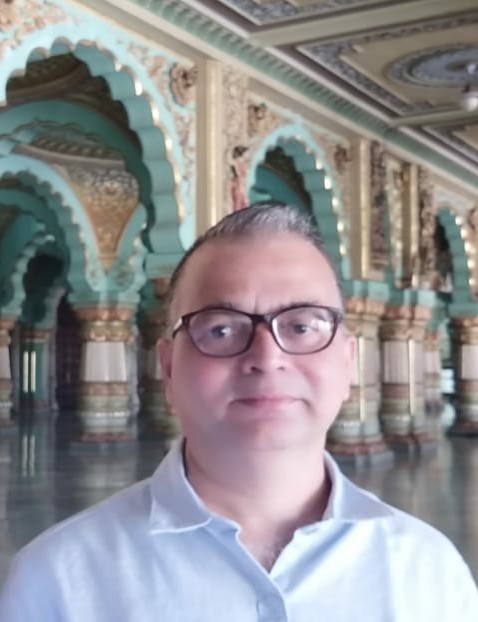 Prof. Ram Prakash took M.A. Degree in 1992(Double Gold Medalist in Hyderabad Univerisy). He has awarded UGC-NET with JRF in 1993.He was awarded Ph.D.in Hindi, 1996. he has started his carrier as UG lecturer in SAT college, vikarabad.(1993-96), PG Lecturer in University of Mysore(1996-2003), he has served as Reader in Kuvempu university, shankarghatta, KA(2003-07),He has joined in 2007 as Associate Professor  in the department of Hindi, S.V. University and presently working as Professor in the same department. His specializations are Modern Literary Movements and cultural studies, modern literary critical theory and hindi criticism, indian comparative studies and literature, western poetics and philosophy of literature, theory of translation ;and comparative literature and studies, interdisciplinary critical theory of literature and studies.He has served as HOD for 4years in the department  and he served as BOS from 2014 to till the date. He has published 8 books, 45 papers in various national/ international Research Journals.He has participated and presented 120 papers in various national, international conferences and workshops connected to hindi literature. He has organised14 national, international seminars and workshops. He has guided 6 Ph.D’s, 6 M.Phil’s, and 7 ongoing Ph.D’s. He has served as resource person, keynote address, chairperson for 131 national, international seminars and workshops