The Department of Arabic, Persian & Urdu, S.V.University, Tirupati was established in the year 1959 with the aim to promote the two classical languages Arabic and Persian and one Indian language Urdu – Both the classical languages, Arabic and Persian are taught as compulsory papers in M.A.(Urdu) programme. In the past scholars like Mohammed Hassen Nainar, a renowned historian; Shaik Md. Hassan a Persian scholar; Prof. Raziuddin Ahamed, an un-matched authority on the egotistic literature of Maulana Abul Kalam Azad , a student of Dr. Zakir Hussain (President of India); Prof. Sulaiman Ather Jaweed, a renowned cirtic, a great scholar, familiar journalist and a good poet who got recognition to the department of urdu in India and abroad; Prof. Ehathasham Ahamed Nadvi Arabic scholar and a President awardee; Janab Shehab Jaffery, a well known poet of progressive movement ; Dr. Abdul Ahad, (field of specialization is National Integration in Urdu Literature) and Dr. Abdul Gani “Farooqui’ (well known Scholar of Arbic and Persian); Prof. K. Basheer Ahmed, expertise in Urdu Linguistics and Urdu fiction; Prof. K. Muzaffer Ali Shahmiri, known for his innovative teaching, a scholar, poet, critic and served as a founder Vice chancellor of Dr.Abdul Haq Urdu University, Kurnool and Prof. S.A.Sattar Sahir, specialized in Dakaniyat, Iqbaliyat and Regional literature of Rayalaseema and a founder Registrar of Dr.Abdul Haq Urdu University, Kurnool have rendered valuable services for the development of the department.

The department of Arabic,Persian & Urdu, S.V.university is the prestigious post-graduate and Research department in the state of Andhra Pradesh. The department is offering M.A. (Urdu) and Ph.D.(Urdu). 68 Ph.D. degrees awarded so far focusing the thrust areas of this region. The department celebrated Golden Jubilee Celebrations in the year 2020 and released a book entitled “Samt o Raftar” on the Literary contributions of the department from the inception. At present 2 regular faculty Dr. M.Ameenulla and Dr. Mohamed Nisar Ahmed, 2 Academic Consultants and 1 Guest Faculty is actively engaged in the development of the department. The Department is organizing National and International seminars, workshops, literary and cultural programmes regularly. 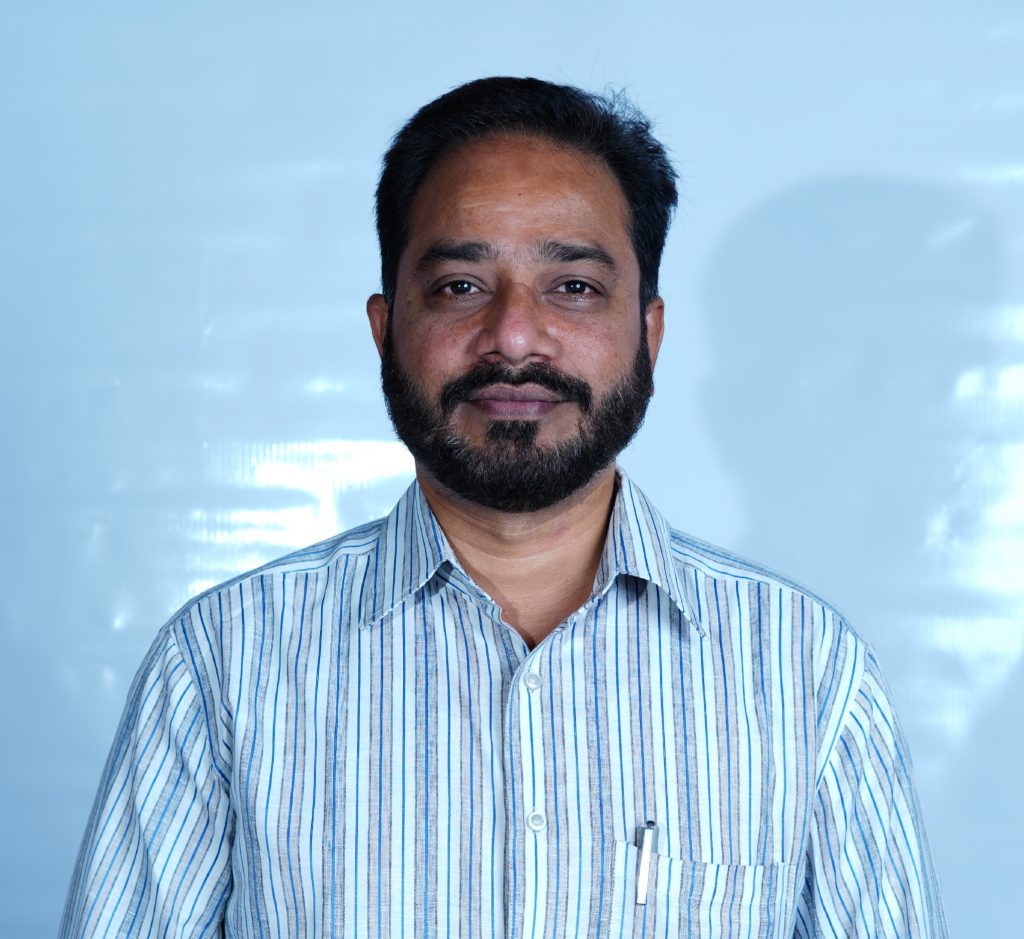 Joined as a Assistant Professor in Alma Mater S.V.University in the year 2007. He has over 22 years of teaching experience at Post Graduate level. His area of interest is Classical & Modern Urdu Poetry, Comparative Literature, Urdu Linguistics, literary Criticism, Urdu Mass Communication. He edited 4 books. He published 32 research papers and articles in various international and national journals and literary books. He participated and presented papers in 54 national, international and regional seminars and conferences. Two M.Phils and One Ph.D. is awarded under his supervision. He also writes Urdu poetry and creative essays and participates in Mushairas. He organized one National seminar. He received Best Urdu Teacher Award from Andhra Pradesh State Urdu Academy for the year 2018. He is the present Head In charge of the department. 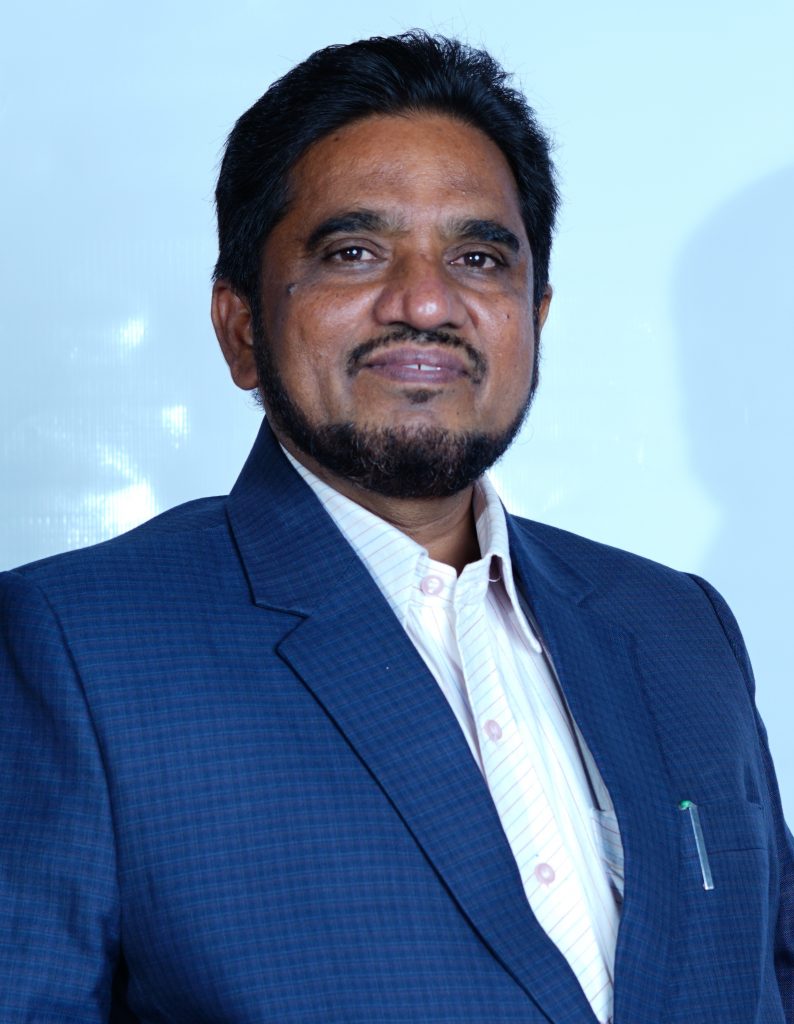 He was appointed in the University as an Assistant Professor in the year 2007.   He has over 34 years of teaching experience (at Secondary Education 20 years and at post graduate level 09 years).  His area of specialization is Classical Urdu Prose, Journalism in Urdu, Children’s Literature, Drama.  He participated and presented papers in 34 National Seminars and four International Seminars and Published two books as a author and 18 Book as a Editor &Co-Editor .  He also published 31 articles in National and International level Journals.  Four Ph.D. and Seven M.Phil degrees are awarded under his supervision.  At present 6 Ph.D.  candidates working under his guidance.

He is subject expert for syllabus framing for Board of Intermediate, Telangana ,

AP, SCERT, Kerala and SCERT-AP. He was acted as Resource person orientation programme for Urdu Teaching and Research Centre, Lucknow and Intermediate Board, Andhra Pradesh and Telangana.

He received District Level Best Teacher award for the Year 2006 and 2007; State Level Best Teacher Award for 2002 & 2006. And Azad Samman Award in the year 2015, National Level : Rabindranath Tagore Award in the year 2015 and APJ Abdul Kalam award in 2016. And Best Researcher Award in the year 2015 from S.V.University, He received “State Level A.P.Urdu Academy “Life Achievement Award” for the year   2018-19 on in recognition of excellent Urdu Research, Teaching and Literary Contribution   on the  occasion of Education  & Minority day   Conference held at Vijayawada on  11-11 2019,organized by Govt. of AP. The Award received from Hon’ble AP Chief Minister Sri Y.S. Jagan Mohan Reddy. and He is interested in developing Literature for Children.  He has rich experience in analyzing the child articles, as he worked on the “Children’s Urdu Magazines in India’.

He served as Question paper setter and BoS member for various universities.  He is a Secretary for Alumni Association Department of Urdu, SV University. He is the present Chairman In charge of the department and Nodal Officer, AP Spandana Programme, S.V. University.