He is a Gold Medalist in PG degree for the year 1983. He did his M.Phil. in the year  1985 and Ph.D. in the year 1988. He is experienced in teaching with 31 years and 37 years as a researcher. 33 students got their Ph.D. degrees under the guidance of Dr.G.Radha Krishna. He was also supervised the M.A.Linguistics in their projects works. He has published 43 research papers, 4 book in chapters and published 12 books. He has attended 63 national Seminars, 17 International Seminars, 7 national Workshops, 14 International Workshops and one FDP Programme. He is one of the Editors for the 10th Standard Telugu Text Book prepared in 2007 by the Maharashtra State Board of Secondary and Higher Secondary Education, Pune. He is specialized in descriptive Linguistics, Lexicography, Grammatical Structure of Telugu and Comparative Dravidian. He was a Visiting Fellow in the Department of Telugu, Nagarjuna University, Guntur and gave lectures on General Linguistics. He was a Resource Person for Refresher Courses in Telugu and Linguistics.

Name of the Candidate Title of the Thesis and Year of Award: 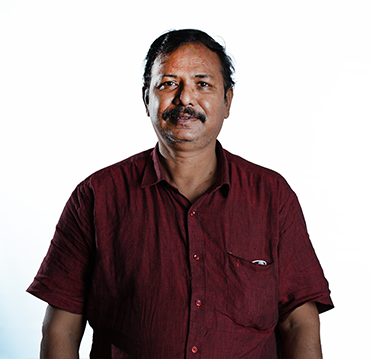