As Teacher of Law, I have taught both undergraduate i.e, LL.B and Post graduate i.e., LL.M. for about 31 years; The Courses taught by me include, General Principles of Law contract, Company Law, Principles of Taxation, Criminal Procedure Code , Criminology and Penology, General Principles of Criminal Law, Legal Theory and Jurisprudence.   I have taught courses like “Introduction to Major Legal Systems of the World”, Constitutional Law II that consists of Parliamentary Institutions at National Law School of India University (NLSIU), Banglore during 2002-2003.

I have also taught Ethiopian Constitution, Commercial Laws and Principles of Public Finance in Haramaya and Dire Dawa Universities of Ethiopea. I have served as Guest faculty at Police Training College and District Training Centre Anantapuramu. I am also a resource person for the Training Classes conducted to the Judicial Officers at Anantapuramu and Kurnool. 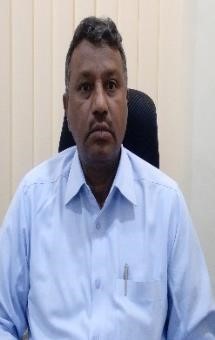